I’ve been playing recently with a new App for iPad called Perl Art. I prefer diagrams to photos in my tutorials, and up until now I’ve been using some free software called Inkscape. It’s a generic vector diagramming program, and although I’ve got the hang of it now, after a bit of reading around I thought it might be worth giving Perl Art a try. I loved the idea of something formulated specifically for beaders, and of working on the iPad so I don’t have to fight for access to our home laptop. Well, after some initial hiccups I’ve been really pleased with it – I would say at the moment it won’t replace Inkscape for me, but I will be using it for simple designs, and enjoying it.

I thought some of you might be interested in how I’ve got on and why I’m saying that I like it, but can’t use it for everything, so I’ve jotted down some pros & cons: 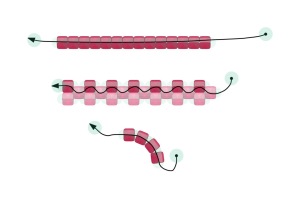 In the end I think Perl Art is largely aimed at amateur beaders looking to share their designs, rather than pros, which makes sense in terms of the functionality they’ve included.  I’d obviously be very pleased if they are able to build more functionality in over time, particularly adding the option to highlight beads added in a step, and to fade out previous layers, but even without it for now I still think this is a splendid effort and I would definitely recommend it for simpler designs.   I used it to chart my Hollow Dodecahedron, and it only took a couple of hours – for a first attempt that’s pretty good, and probably much faster than Inkscape.

I bought it using an offer from Beads Direct, making it £17.99, which although it feels expensive for an app compares very well with some of the bead charting software currently available (which is no use to me anyway since I don’t really go for charted work) – I’m not sure if the offer is still on, but just in case the link is here.  When I clicked through the link from the Perl Art website  to the App Store it showed as £17.99 anyway.

So if you fancy having a go at drawing up your designs, or already do and want to try a new way, I’d recommend giving Perl Art a try.

One thought on “Perl Art”